ITA, subscribing to the realisation that water will be the most valuable natural resource of our planet in the coming decades, has already been involved in the field of rational exploitation and management of water resources and desalination.

In this respect it is already cooperating with the top multinational manufacturer of micro-filtration membranes ZENON.

The environmental proposal of ITA is that the low quality water now being produced and discarded by conventional biological water treatment plants can be turned to non potable but easily reusable water using ZENON technology thus increasing supplies of potable water and reducing environmental pollution at the same time. 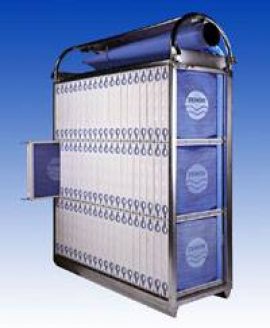 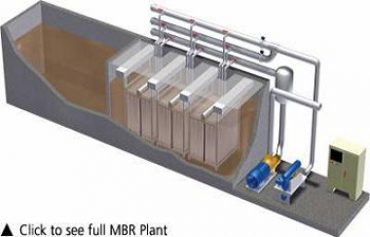 We believe that Greece must immediately follow the example of other ecologically more developed countries and create the conditions so that urban effluents are converted to 100% clean water.

A case in point is the city of Athens that is continuously seeking more and more quantities of clean water continuously moving to the north, while it can free more than 600.000 cubic meters per day by converting the biological treatment effluents from the plant in Psitalia to perfectly clean water for all uses besides drinking.

ITA believes that desalination is the best solution for the water shortage of the Greek Islands and is now involved in investment proposals on behalf of Island Municipalities utilising state of the art technologies such as reverse osmosis in conjunction with renewable energy sources (wind, geothermal etc).

ITA has participated in the following desalination projects in various Greek islands and industries:

Participation in the elaboration of the feasibility and electromechanical study for the installation, operation and maintenance of a desalination plant of reverse osmosis (300m3 of water per day), the energy consumption of which will be compensated by the production of a VESTAS V29-225kW wind turbine, in co-operation with LDK consulting company, VESTAS and OSMO, a company materialising desalination projects and applying the specific technology.

Preparation of technical and economic quotations and studies for the participation of the company AUSTRIAN ENERGY AND ENVIRONMENT in the Reverse Osmosis Desalination Tender for Aspropyrgos Refineries.

Techno-economical studies for the application of Danish hybrid systems for desalination, wind energy and diesel in co-operation with the companies VESTAS and DANVEST.

Preparation of a techno-economic quotation for a desalination project on Hydra island in Greece.

Preparation of a techno-economic quotation and relevant studies for the installation, operation and maintenance of a reverse osmosis desalination plant, the energy consumption of which will be compensated by the production of a VESTAS V47-660kW wind turbine.