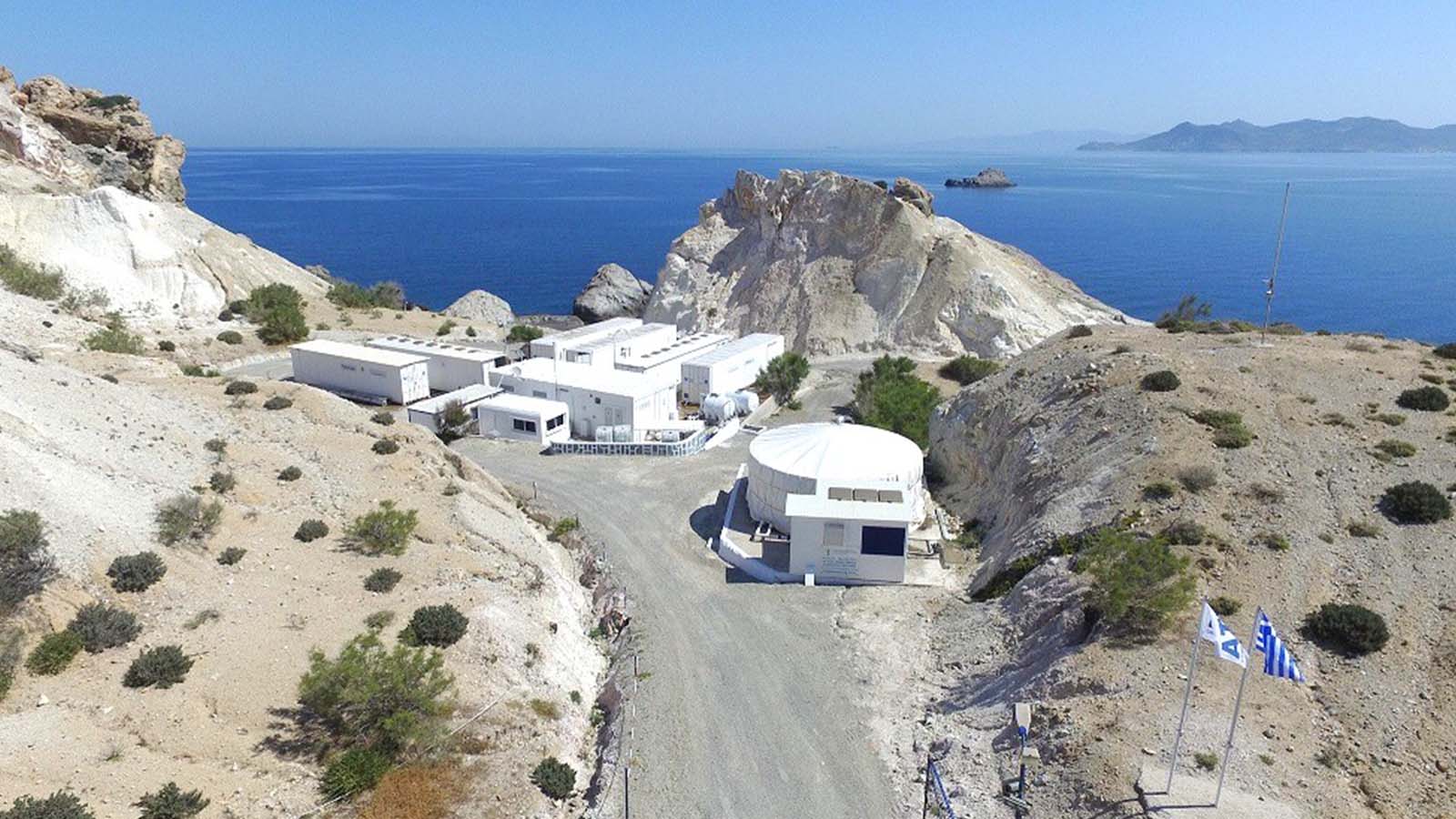 ON MILOS ISLAND, GREECE THE LARGEST INFRASTRUCTURE INVESTMENT ON THE ISLAND

The seawater desalination plant on Milos lsland in Greece, powered by wind energy, is a state-of-the-art ΒΟΟ (Build, Own, Operate) project, the first of its kind in the country. Lt secures the potable water supply of the island, improving substantially the quality of life of the inhabitants while offering further local development opportunities, such as tourism, small industries etc.

Up to the plant commissioning in the summer of 2007, the island used non-potable water of poor quality, transported by water tanker boats from Athens, mixed with brackish water from local water drillings.

The state-of-the-art reverse osmosis plant produces top quality potable water, meeting the demand of the island on a year-long basis. The operation of the plant does not disturb the fragile local environment nor the small autonomous power grid, since it is powered by a Wind Turbine.

The construction cost of the Project is approx. 6 million €.