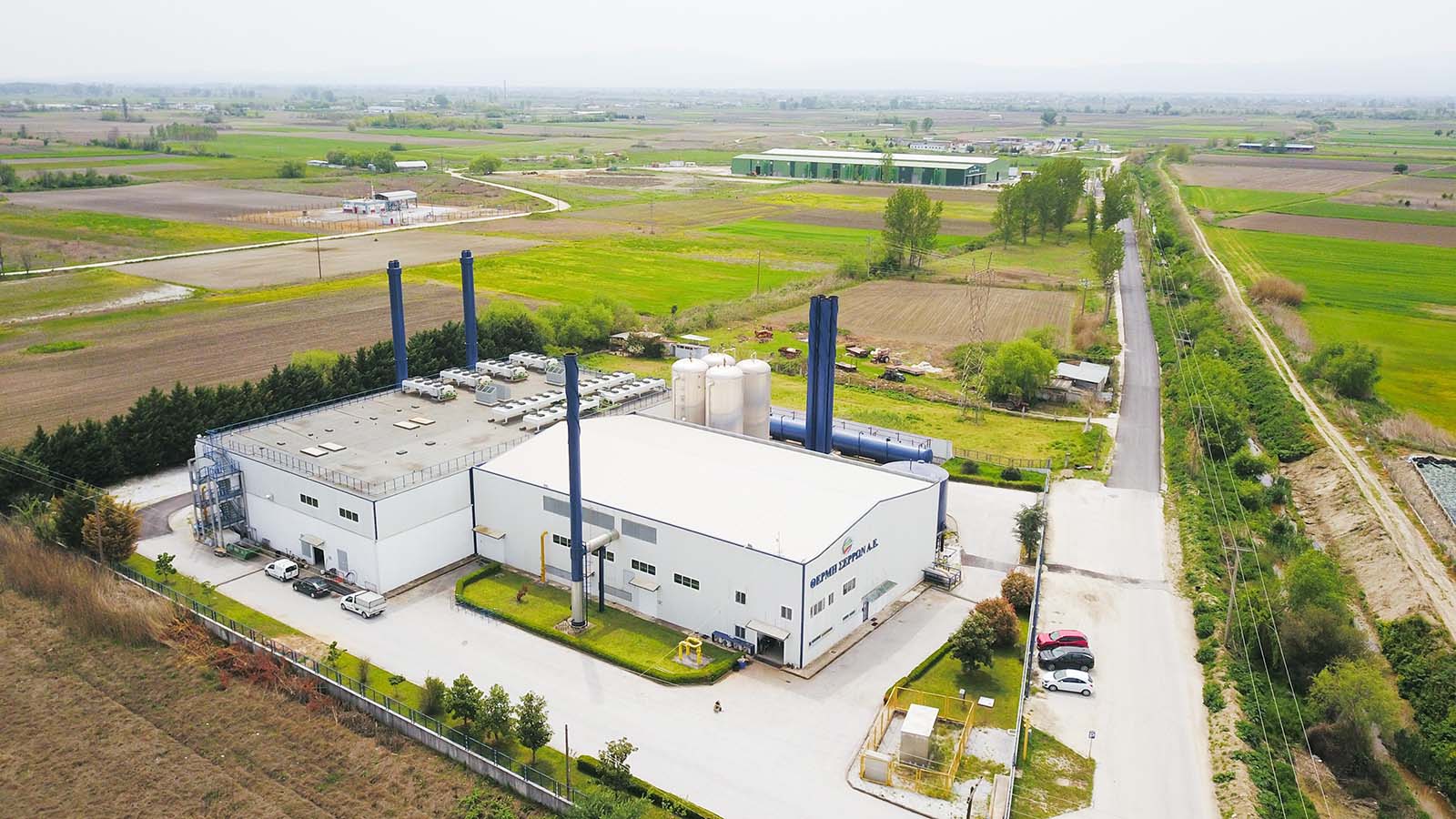 Cogeneration of Heat and (electrical) Power is a worldwide mature and well known technology, tested through a vast spectrum of applications and proven to be highly reliable and efficient.

The basic principle of a CHP system is the exploitation of the heat, which is co-generated with electric power and which would otherwise be rejected in the atmosphere.

Through this concept a major increase of the overall process efficiency is achieved, which is the source of major energy savings.

THERMIE SERRES CHP plant, in operation since October 2007, the first such project in Greece, provides the cogenerated power directly to the transmission grid of the Hellenic Transmission System Operator (HTSO), while at the same time it covers the needs for heating and hot tap water for the buildings in the city of Serres.

Α network of pre-insulated pipes delivers heat to thermal substations installed in the premises of each consumer.

The possibility of applying cooling through the same network is currently being explored.

The design of the CHP Plant and the DH Network in Serres was based on the heat demand of the city. lts highly efficient operation not only ensures that the latter is satisfied, but also contributes in the security of electricity supply for the city and the surrounding area.

Moreover, the use of Natural Gas and the substitution of separate small diesel oil burners throughout the city result in a major improvement of the quality of the atmosphere, leading to a direct enhancement of the overall quality of living. At the same time, due to the high efficiency of the plant and the decreased CO2 quantities released when burning NG, as compared to oil, a major reduction in Greenhouse Gas Emissions is also achieved. Last but not least, the DH installation in the consumers homes is completely safe, ensuring that no fuels are stored, which could constitute major hazard.